What happened to yesterday's news?

A young man growing up in New York in the late 1800s with an interest in nature and a curious mind, Fort was a voracious reader who ultimately became a writer and journalist. 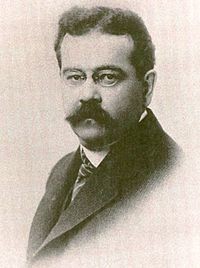 His publishing career faltered and his main body of work never saw light of day. In fact, he burned his manuscripts having been rejected by a series of publishers.

The strands of his interest in the natural world and access to literature eventually intertwined leading to the publication of The Book of the Damned in 1919.

In it, he explored anomalies that had been reported but could not be explained by science.

He explored UFOs, poltergeists and sea creatures. He documented phenomena like the Devil’s Footprints, where hoof-like prints appeared in snow overnight across 30 locations in Devon in 1855, spanning 100 miles over rooftops and high walls.

Fort would relentlessly scour news reports and journals for oddities…

"It appears on Thursday night last, there was a very heavy snowfall in the neighbourhood of Exeter and the South of Devon. On the following morning the inhabitants of the above towns were surprised at discovering the footmarks of some strange and mysterious animal endowed with the power of ubiquity, as the footprints were to be seen in all kinds of unaccountable places – on the tops of houses and narrow walls, in gardens and court-yards, enclosed by high walls and pailings, as well in open fields."

Over time, these kinds of facts became known as Fortean phenomena. Others people started to do the same, following in Fort's interest. They pawed over ever inch of newspaper and gazette for the slightest outlier to normality.

I used to be an avid reader of the Fortean Times - the modern day magazine dedicated to Fortean study. 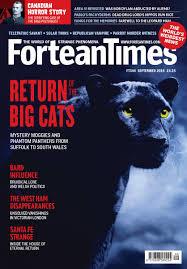 So, when the following news story appeared on the BBC website in May of this year, I read it with interest.

Read it, then come back to me. 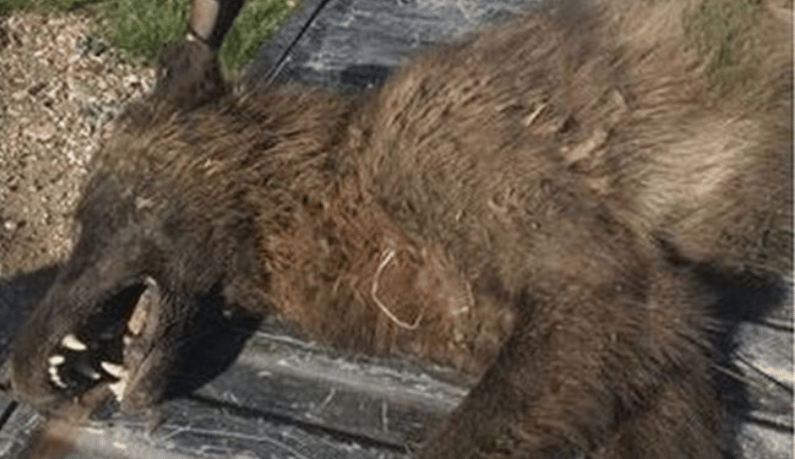 I had a wry smile at Ty Smucker, wolf management specialist for Montana FWP. Possibly the best job title anywhere, ever. He’s real too - here’s his LinkedIn profile…

I made a mental note: in 4 month's time, I’m going to go back and see if anybody ever closed the loop on this story.

What was the creature? Was it a Direwolf? Or a Coywolf?

Or was it something more sinister….?

Today, I did a quick search and I found the answer.

How tedious. It was a Gray Wolf. A DNA test had solved the problem once and for all.

But two things sprang to mind…

First, because we now have things like DNA testing, unsolved mysteries don’t become myths. In the same way that serendipity is more frequent now that we have social media, technology is contorting the fabric of the world we live in.

Second, how come original news stories don’t have an obligation to "close the loop"?

Why is it when there’s a missing person story, we rarely hear what happened to them?

The column inches (or screen pixels) for a story quickly shrink from full page (or full screen) to a minor entry in the margins. Or they vanish completely, without trace.

What if the BBC were accountable to hold on to a story like this until they had closure. What if there were an immovable red flag which nagged away until somebody solved this kindsof mystery?

That DNA test was inevitable. Why didn’t the journalist or editor bother to go back and update the original story? They were perky enough when they wanted the original attention? Why should they be allowed to go missing now, post click-bait?

Let's pretend that the wolf story were something else. Something more familiar. Like a Business Case for example.

There’d be a lot of interest when it was published. Contributors, readers, reviewers. Everyone from the PMO to the CPO would be involved.

Once it's published though, the eyeballs move on to the next shiny thing. Attention flits to the project itself or some new initiative, leaving the business case kind of hanging there, unanswered.

Meanwhile, something should go on in the real world that loops back to validate the original furore.  A "DNA test" - maybe somebody should check some actual KPIs or something.

We then find some new facts that disprove the original publication.

there’s a disconnect between the initial publication with its early fanfare, and these new facts. It wasn't a Dire Wolf after all.

It was a poodle.

If you’re involved in big scary IT transformation projects, your business cases are just like this. They go missing.

They become the unexplained.

And, unfortunately, you don't have a Charles Fort character to go poking his nose around looking for anomalies between fact and fiction.

5 Things nobody tells you about moving to S/4HANA